GEORGE THE ELEPHANT LEAVES THE G.O.P. 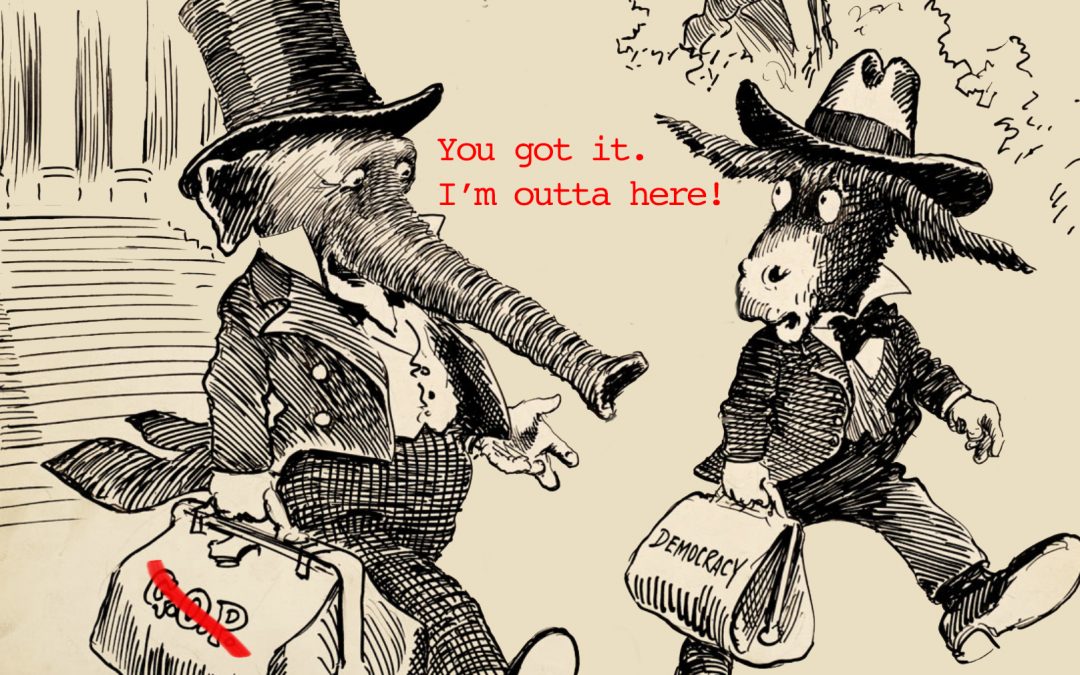 Trumpeting his disgust, George (Jumbo) Oliphant Junior stomped out of DC today in a fit of rage and disgust. “And I am NOT looking back. These freaks have not only ruined my family name, but they’ve sullied the truth until it is completely unrecognizable. I’m done.” The streets trembled as he paraded down 17th Street NW with an American flag in his trunk. “They can’t use me as their poster boy any longer. Grand Old Party, my big gray ass. We pachyderms love to play in the mud, but these sots insist on wallowing in it, flinging it, and poisoning it. Mud is good. These arseholes turned into something dirty. I’m done.”

George had sought counsel from some of the pillars of the community, namely Babar, Horton, his cousin Dumbo, and his own papa Jumbo (who speaks through a medium), and the group, wondering that it had taken so long, heaved a sigh of relief. “We think the world of Junior, but he’s been used.  We’re just happy he’s finally standing up to these louts. They’ve appropriated the wrong species.”

Gossip in the animal kingdom is running rife with trepidation. Rumors of Donald Jr. roaming the plains of Africa with a bazooka have animals hiding in the shadows hoping not to be targeted as the Next Big Mascot. Oliphant Junior has this to say “Elephants are creatures of substance, Republicans? Spineless things – they should move to the Jellyfish as their mascot.” He also bristles at sharing the same diminutive of Junior as young Donald. “If Donald Senior is a pea-brain, what does that make Junior?” George allows himself a vast smirk.

As to George’s next gig? “At first I thought – no way would it be politics – but then I reconsidered. I mean look, I know how these guys operate. And let’s face it, like they say, the personal is political. I’m going full on Deep Clean State. Get some of my buddies together and straighten things out. It’s a new era; all genders, all races, all species, to be recognized and valued. Let ‘em try to stop us…” He’s thinking Brand New Party might be the name of his new coalition. As for their mascot? “I’m kinda leaning toward the Dolphin. They’re smart, they’re flexible and quick-witted, they totally get the idea of flow, and their idea of games doesn’t involve spooks and subterfuge. But then there’s always WALL-E. That dude knows how to clean up. Actually, maybe his futuristic gal-pal Eve would be better. Yeah, we need strong, tech-oriented women running things, right?” With which George wandered over to the reflecting pool in front of the White House, inhaled a huge amount of water and gleefully sprayed it toward at a bevy of gray-suited men trying to avoid the press…

And for some visual kicks, check out my new art video called SOCIAL CIRCLES REDEFINED.

And for a more reflective turn, check out my post about my ongoing efforts to become a meditator.

Of course we’re all wearied by the ongoing evidence of the debasement of the Republican Party, but this interview with Stuart Stevens – longtime Republican strategist for Bush Junior and Mitt Romney and author of It Was All a Lie – presents a more thorough dissection of the party, its lack of a cohesive platform and moral fiber, than I’ve encountered before. If you are a Republican, I’ll wager you won’t want to be after listening to political pundit Ezra Klein’s interview with Stevens, it’s a stunning indictment of his party. 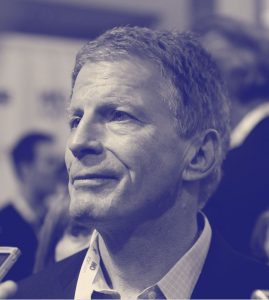 My book of essays on Amazon NOW!

If you find what you see entertaining, do Subscribe!

I promise not to inundate your inbox :@)

You have Successfully Subscribed!